Earthlings’ documentary on the truth of society’s treatment of animals was brought to my attention by @claremelina recently. Human beings are @ssholes. Not all of us, but as a race in general, we really mess it up. As a vegetarian, I already don’t agree with the way that animals are treated and the impact of meat production on our world, but I usually steer clear of all those shocking ‘look how horribly animals are treated’ videos.

At first I decided that I didn’t want to watch even the trailer because I know the horrific way that animals are treated and I don’t need to see it with my own eyes to believe it.

I decided to eventually watch the trailer because it has been on my mind since then and I am sure I’ll be watching the full movie as well.

It’s important for us to remind ourselves why we do the things that we do and why we believe in what we do. Especially as a vegetarian in a meat-obsessed country where it is difficult to stick to your beliefs without having some form of mockery and disbelief directed your way. We need to FEEL the impact that we have on our world and this is what makes us human beings.

I urge you to watch just the trailer. It isn’t very long, but at least be informed – whether you eat meat or not. Just know what is happening out there. Let yourself as a human being feel…I think somewhere along the way that’s been lost.

If you read my blog often you’ll know that I am quite peaceful vegetarian and don’t push my dietary choices on anyone else, ever. From time to time, though, I do need to have a rant at the ignorance of others towards vegetarianism.

I am a firm believer in accommodating others’ beliefs and most people generally are too…except when it comes to vegetarians. It’s like as soon as you utter the ‘V’ word, you become a disgrace to society and a disappointment to the human race. If certain religious beliefs require you to abstain from certain foods, e.g. Pork in the Jewish faith, how is this acceptable to others whereas vegetarianism is not?

From now on I’ll just call it ‘V’ so as not to offend anyone. Like the ‘F’ word sounds much more PC than swearing directly on my blog.

I think it is far more difficult in a rampant meat-eating country like South Africa to have a non-meat diet, which is why you lucky readers get to hear my rants from time to time.

I’m at a beautiful resort in the Transkei at the moment, which I’ll blog about when I’m back, with fully catered meals 3 times a day. The mass of food is insane, and the variety is crazy…yet I am still struggling to have a healthy ‘V’ diet here.

Any other ‘V’s out there will know how this is so, as the mentality seems to be: ‘What should we feed these stupid ‘V’s? I know, whatever we would feed the ‘normal’ people, but without the meat.’

So we end up with side veggies and potatoes most of the time (Oh ‘F’, should I have used the ‘V’ for that too?). Or a ‘V’ pasta with leftover veggies and loads of oil tossed in pasta. Or some sort of pasta bake drowned in a creamy cheese sauce. Or my personal FAVOURITE…spinach and feta in some sort of oily pastry.

I may be a bit dramatic in this post, but it honestly does not make sense to me. Generally speaking, ‘V’s are health-conscious people, so why would caterers want to feed us such rich and starchy rubbish?

In a world that is falling apart and being raped of resources (much of this is attributed to meat production) many people are already more socially aware of their impact on the environment and their general health. Where is South Africa in this debate? Nowhere.

At least be accommodating of other people’s beliefs and lifestyles, whatever they are. It helps. A lot.

It seems that I am on a bit of a ‘homemade’ mission right now. Seeing that I am stuck at home and can’t do anything that involves much ‘doing’ or ‘thinking’ really, it does make sense…

Today’s homemade mission was chilli!
With a handful of fresh chopped chillies, garlic, herbs, olive oil and red wine vinegar, you can make the most delicious fresh chilli relish.

I participated in my first spinathon for charity this past Saturday, hosted by Virgin Active in aid of raising funds and awareness for the The Bigshoes Foundation. The foundation is an amazing initiative to provide medical assistance to orphaned and vulnerable children, especially those affected by HIV/AIDS. I was quite humbled that my participation in this event helped to raise funds for a foundation that is so full of heart.

It was such an awesome vibe and there were loads of goodies and prizes (although I would have much preferred if those freebies were rather converted into funds and donated to the charity), and really quite relaxed. I was even tweeting and facebooking from my bike!

Well done to the organisers – it was great fun! Support the foundation in any way you can. You can also follow them on Twitter @bigshoessa and join their Facebook group – Friends of Bigshoes.

Here’s my personal take on the whole concept:

It started as a grudge purchase…”must go to gym so that I can keep enjoying my food without getting fat”. It then became an escape from an unhappy relationship and exercise is now an essential part of my life! Not only does it feel good, but the side effects are really quite a bonus! Starting a day with a wonderful rush of endorphins never hurt anyone.

So when I decided at the last minute to join a 3 hour spinathon, I didn’t really think twice. Spinning is easy for me and lots of fun. I woke up and rolled out of bed into my spinning gear, not even bothering to have breakfast on the way out the door. Apparently it was actually quite a challenge, but it surprisingly wasn’t that difficult for me…huh? 3 Hours non-stop on a stationary bike at intervals of high and low impact…there is something wrong with my head, I think.

This then bears the question – was it a case of mind over body, or body over mind? Did my mind tell my body it was easy, or did my body tell my mind to shut off and just do it? Either way, I think it made me realise that our bodies are far stronger than we believe that they are. This then also means that our minds are definitely stronger than we think!

I’ve had numerous signs over the past few days since the spinathon to tell me that I’m stronger than I think –  something is definitely shifting in this mind of mine.

I encourage you to do something this week that moves you, in body and mind. It’s how we feel alive… 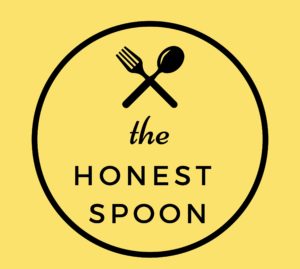